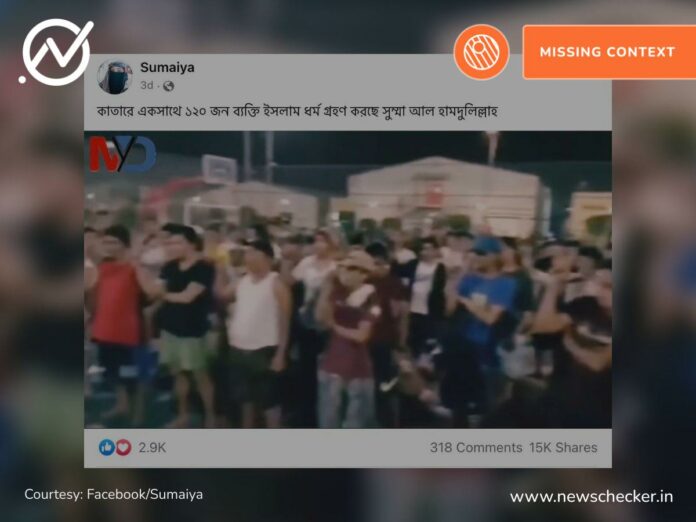 Recently on social media, a Facebook post and a video have gone viral claiming that 120 people in Qatar have converted to Islam together.

See some such posts here, and here.

Newschecker verified the claim as misleading.

With a key-frame reverse image search obtained from the video, we found a video titled “Convert to Islam 60 men in Qatar” uploaded on a Youtube channel called Stories of New Muslims on March 11, 2018.

In the description of the video, it says 60 people from the Challenger Company converted to Islam in Qatar on March 9, 2018.

Later, we found another video titled “The conversion of 60 Filipinos to Islam is now in the Challenger Company in Al-Shahaniya in Doha .. Qatar”  on another Youtube channel named Lama Ammar on March 11, 2018.

An old video of the conversion of 60 Filipinos to Islam in March 2018 at the Challenger Company in Doha, Al Shahaniya, Qatar, has recently been circulating on Facebook with the claim that “120 people converted to Islam at once in Qatar”.