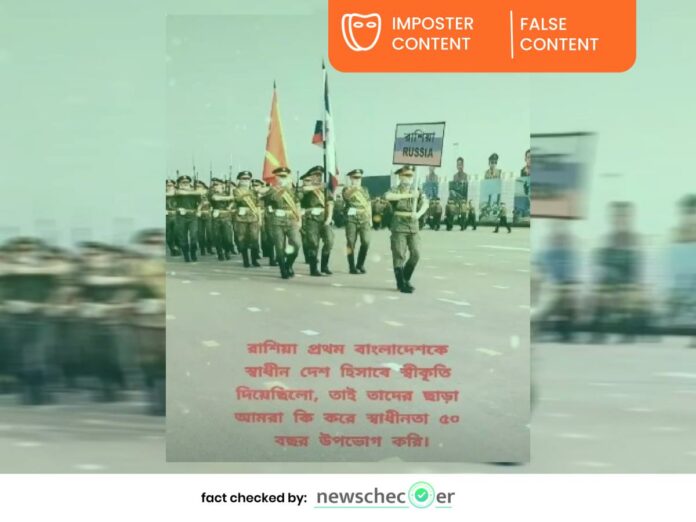 A recent Tiktok video claiming that Russia was the first country to recognise Bangladesh as a state has gone viral on the social media platform.

The video was uploaded on the video-sharing platform Tiktok on December 14. Within a week, more than 41 thousand Tiktok users liked the video.

Clarifying the matter, Foreign Secretary Mohammad Shahidul Haque said that Bhutan recognized Bangladesh as an independent state in a telegram a few hours before India.

“Bhutan was the first country, there is no controversy about that. Both Bhutan and India had recognised Bangladesh as an independent country on December 6, 1971 but Thimphu’s announcement came hours ahead of India’s official recognition,” an article on The Hindu, quoted the then Foreign Secretary M. Shahidul Haque as saying.

Embassy of the People’s Republic of Bangladesh in Russia: https://bangladeshembassy.ru/bilateral-relations/