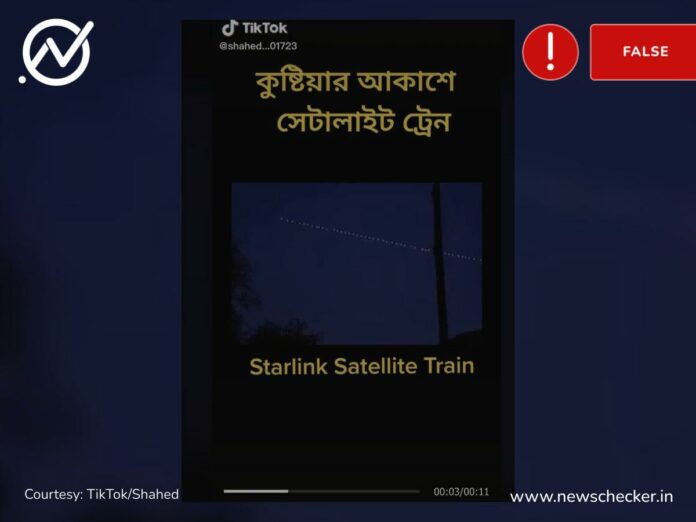 A viral social media content on Tiktok has claimed that the Starlink satellite train was seen in the sky of Kushtia in Bangladesh.

The video has 15 thousand likes and 3 lakh 23 thousand views.

Newschecker found the claim is false.

With the key-frame reverse image search of the video, we found a Youtube video titled “Starlink Satellites train seen in the sky | view from earth | Elon Musk SpaceX” published on  April 30, 2020. The video is uploaded on a Youtube channel named Viral Video Lab.

Facebook
Twitter
WhatsApp
Linkedin
Previous article
No, This Photo Does Not Show Former Iraqi President Saddam Hussein’s Grandson
Next article
No, the photograph of Brazil Fans are not from this year’s FIFA World Cup in Qatar