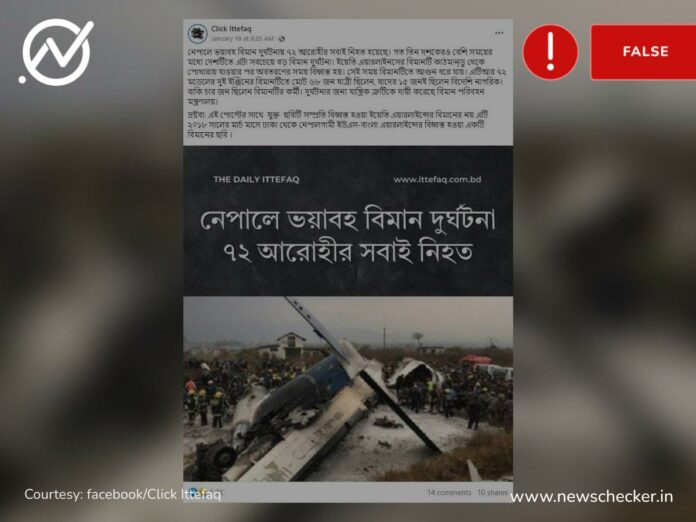 After the tragic plane crash in Nepal, various images and videos have gone viral on social media claiming them to be showing the recent incident.

Following are some of the posts along with the same claims that can be seen here, here, and here.

With the reverse image search, we found a report with the original image titled “Plane crash in Nepal” published by the international news agency “Reuters” on 12th March 2018. According to the report, a Bangladeshi airliner crashed while trying to land at Kathmandu airport in Nepal, killing at least 49 people in 2018.

Also, the same picture can be found in a news report published in the international media BBC on 12th March 2018 titled “Nepal air crash: 49 dead as plane veers off Kathmandu runway”.

On 15th January, the ATR 72 plane operated by Nepal’s Yeti Airlines crashed near the city of Pokhara in central Nepal.

Read More: An image from a festival in Bali passed off as the victims of a tragic plane crash in Nepal

A different plane crash image from 2018 is being circulated claiming the recent Nepal Yeti Airlines crash in Pokhara, Nepal.